Haider-Moranis Bulletin: For immigrant families, housing alone has been the primary driver of wealth growth 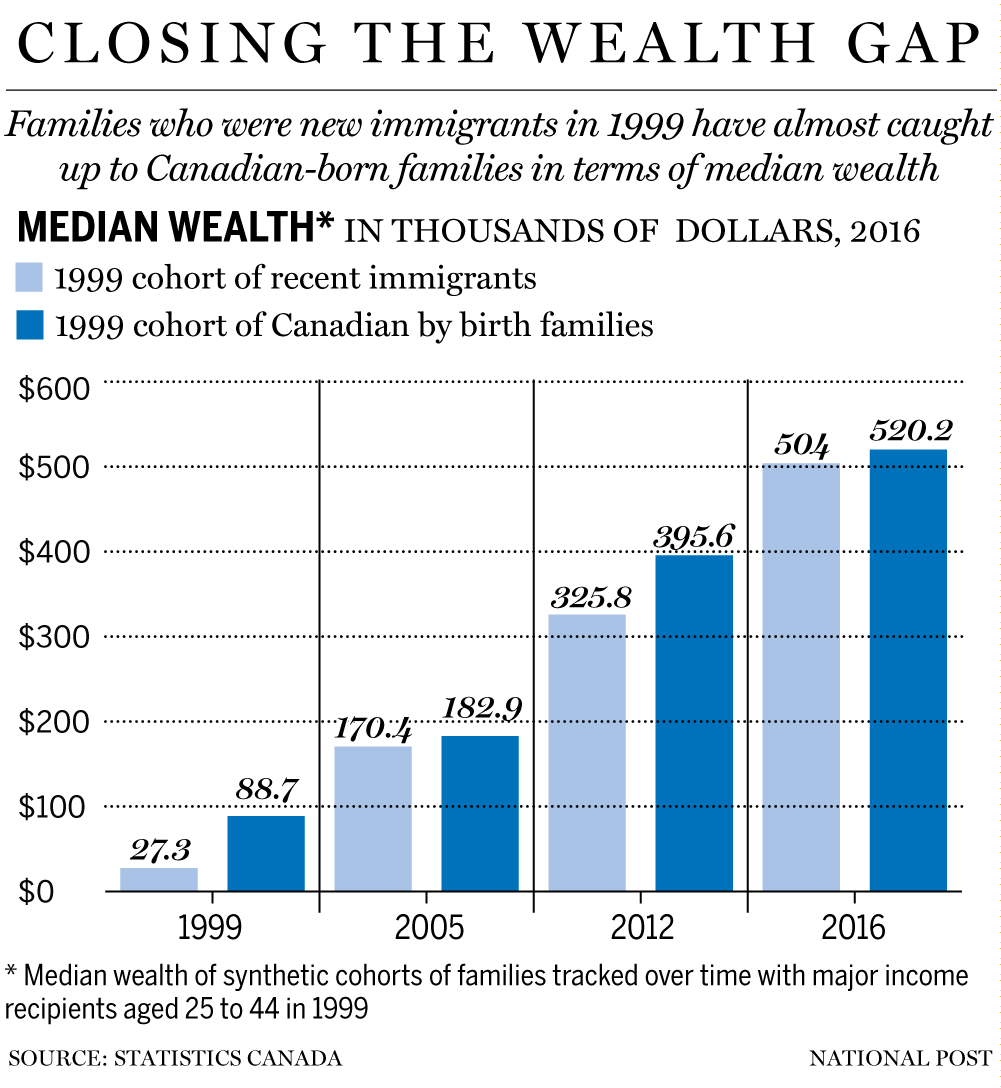 The recent slump in real estate sales and prices in Canada has led some to question whether housing remains a good investment. For immigrant families in Canada, the stakes may be particularly high.

That’s because new research from Statistics Canada shows that investment in housing by immigrant families has been a major factor in helping them plug the wealth gap that exists between them and their Canadian-born compatriots.

Whereas the study found wealth growth for Canadian-born families has in recent years been driven both by increases in housing and registered pension plan assets, for immigrant families, housing alone has been the primary driver of wealth growth.

René Morissette, a senior economist with Statistics Canada, in a report released this week used data from several waves of the Survey of Financial Security to compare the wealth growth of immigrant and Canadian-born families. The designation of a family being immigrant or otherwise was based on the immigration status of the major income earner.

Interestingly, while immigrant families started at lower rates of home ownership in 1999, by 2016 the homeownership rates between comparable immigrant and Canadian-born families converged.

Canadian-born and immigrant families relied on different asset classes for wealth growth. The wealth composition of families in 2016 revealed that housing equity explained about one-third of the average wealth of Canadian-born families. By comparison, housing equity was responsible for a much larger share of immigrant families’ wealth, accounting for anywhere between one-half to two-thirds.

The wealth growth observed for immigrant families has a side story of high indebtedness. The report found that in 2016, immigrant families, in general, had “markedly higher debt-to-income ratios than their Canadian-born counterparts.”

Immigrant families often, but not always, are larger in size. This is partly because immigrants are more likely to live in multi-generational households or to have siblings and their respective families occupy the same dwelling.

The unit of analysis in Statistics Canada’s report is economic family, which “consists of a group of two or more people who live in the same dwelling and are related to each other by blood, marriage, common law or adoption.” An economic family may comprise of more than one census family.

The expected differences in family size and structure between immigrants and Canadian-born families could have influenced some findings in the report. For example, the family wealth held in housing by immigrant families might lose its significance when wealth growth is compared at a per capita basis.

Housing is more than just an asset class. Homeownership provides shelter and the opportunity to grow equity over time. Canadian data shows that rising home prices over the past two decades has helped immigrants bridge the wealth gap even when the gap between the average incomes of immigrants and Canadian-born has persisted.

Disclaimer and Acknowledgements: This blog post has been reproduced, with thanks, from The Financial Post’s Haider-Moranis Bulletin, courtesy of Murtaza Haider and Stephen Moranis, published on April 18, 2019.